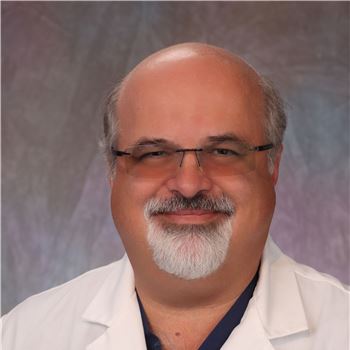 Fikret Atamdede, MD was born in Memphis, TN, and during the first 9yrs of life his family moved to several cities in the US and aboard, before finally settling in Milwaukee, WI, which he still calls his “hometown.”  He went to high school and then to university in Milwaukee, attending Marquette University for his undergraduate studies.  He was then accepted to the Medical College of Wisconsin for his medical school training, which he completed in 1982.

Following this fellowship, he took a year off from his training, to come to Los Angeles to join the faculty at UCLA Medical Center, and was assigned to Oliveview Medical Center in Sylmar, CA just as that rebuilt hospital was being reopened after the disastrous damage it sustained in the Sylmar earthquake of 1971.  He and the other members on the staff then established the Ob/Gyn program that still exists there caring for the indigent population of the northern Los Angeles County area.

In 1988, he started his Gynecologic Oncology fellowship at the Loyola University Medical Center in Chicago, IL.  He completed the fellowship in 1990, and though offered a position in Chicago (and several other institutions), decided to return to Los Angeles and UCLA.  He returned to Los Angeles in July of 1990, and took a position on the faculty of UCLA, and was offered a position of Director of Gyn Oncology at Harbor/UCLA Medical Center, in Torrance, CA.  During the next 12 years he established HGH/UCLA as a major center for Gyn Oncology care for the indigent population in the “South Bay” area of Los Angeles. He mentored residents, and coauthored numerous papers during this time. At least  of the residents he mentored are now well regarded Gyn Oncologists in their own right.

During this time, he also established a growing private practice, initially starting at Torrance Memorial Hospital, in Torrance, CA in 1991, then expanding the Little Company of Mary Hospital, also in Torrance in early 1992.  From there, the practice expanded to include most of the hospitals in the “South Bay” area and beyond.

In 1999, He joined the newly formed Gynecologic Oncology Associates group, based in Newport Beach, CA, and became the South Bay branch of this group.  As the practice grew, it eventually became clear that maintaining an academic practice and private practice concurrently was not possible; since his interest has always been the direct care of patients, he made the difficult decision to turn over the academic practice to one his younger colleagues, and pursue the private practice full time with GOA in 2004.

Since then, he, and his partner have provided comprehensive gyn oncology and complicated gynecologic services to the South Bay area and adjacent regions.  The practice continues to grow, and added a new member, Brittany Brown, NP this past spring. An additional new physician is joining the group this summer to continue the legacy of comprehensive care.