Uterine fibroids are non-cancerous muscle tumors that grow in the muscular wall of the uterus. 33% of women in the United States have some form of this condition. When fibroids produce symptoms, they include:

If you have fibroids and are interested in preserving your uterus, you may be a candidate for a new uterine-preserving, minimally invasive procedure – da Vinci Myomectomy.  Using the assistance of the most advanced combination of surgical and robotics technology available, Dr. Mirhashemi is able to perform this delicate operation with unmatched precision and control. A robotic myomectomy is performed in order to remove fibroids that cause pelvic pressure, heavy menstrual bleeding and general pelvic discomfort. Robotic myomectomy surgery is being used more commonly to treat these conditions because it gives the surgeon superior visualization and magnification of the fibroids and the surrounding tissue. A robotic myomectomy results in less blood loss during the surgery as opposed to laparoscopic myomectomy because the surgeon is able to suture the uterus. 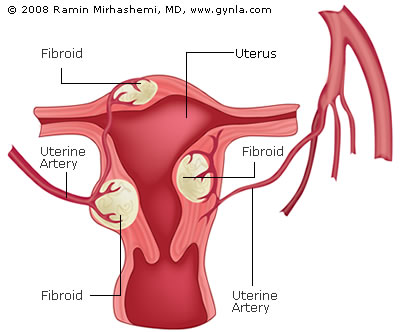 Every year, approximately 65,000 myomectomy surgeries are performed in the United States. The traditional approach to myomectomy is open surgery, which requires a large abdominal incision. It involves a substantial amount of cutting in order to remove each uterine fibroid. Afterwards, the surgeon must repair the uterine wall to minimize bleeding, infection and scarring as well as the risk of uterine rupture during future pregnancies.

Another surgical alternative, laparoscopic myomectomy, is also invasive. However, conventional laparoscopy has inherent technological limitations that limit its effectiveness for more complex surgical procedures. While a myomectomy is also performed laparoscopically, it is very challenging which can compromise results compared to open surgery. Laparoscopic myomectomies usually take longer than traditional open abdominal myomectomies, and many eventually are converted to an open abdominal surgery.