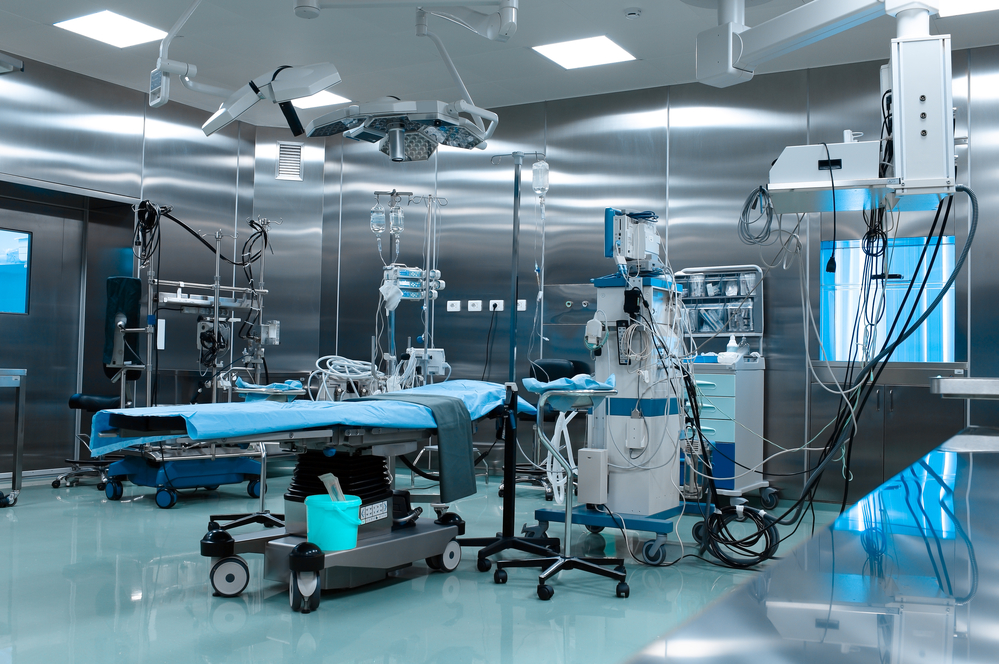 For patients who need high quality gynecological care and are concerned with their reproductive health, GYN LA is the ideal establishment for your needs. Our practice offers medical care that is not only comprehensive but also compassionate; we are attuned to your needs and concerns. Our practice provides treatment to women of all ages in the greater Los Angeles area. As a gynecological establishment, we are well versed in the challenges of a patient undergoing a hysterectomy. Furthermore, we specialize in robotic hysterectomies, a newer and minimally-invasive procedure.

What is a Hysterectomy?

A hysterectomy is a complete or partial removal via surgery of the uterus in a female. Approximately 500,000 women a year get the surgery done in the United States. As such, it is a relatively common procedure, with approximately 30% of women in America having the procedure done by the age of 60. The uterus is one of the primary structures in the female reproductive system and if it needs to be removed during a hysterectomy, the entire reproductive system will be affected. Above the uterus are the fallopian tubes, through which a women’s fertilized egg (in pregnancy) passes through or an unfertilized egg (during menstruation) passes through. Below the uterus are the cervix and the top of the vaginal canal.

During a woman’s pregnancy the developing fetus is actually housed in the uterus. The uterus is effectively the central structure of the entire reproductive system in women. Every component of the system plays crucial roles in fetus development, menstruation, and reproduction. Therefore, though the procedure is common and incredibly safe, it is still a major surgery that can have a lasting influence on a patient’s life.

A hysterectomy for a condition that is not cancer is usually done when all other options and treatments have been exhausted. Depending on the severity of the underlying condition, the surgeon may perform one of three basic types of hysterectomies:

What is the Most Common Reason for a Hysterectomy?

Removal of the uterus is sometimes a necessary procedure for a woman’s health and is done for a variety of reasons. These can include everything from medical conditions that are simply an annoyance to life-threatening cancers. A woman’s reproductive health, particularly as she gets older and approaches menopause, needs to be checked and evaluated annually. The success of the hysterectomy, as with any medical treatment, is entirely dependent upon early detection of the underlying reasons for getting the surgery.

The most common reason for having a hysterectomy is uterine fibroids. These are benign tumors that grow in the uterine muscles and cause heavy bleeding and/or pain. It is not a life-threatening disease, however there are several other related conditions that have similar symptoms to uterine fibroids but are actually distinct. One of them is endometriosis, a disorder in which the cells lining the uterus grow outside the actual uterus as well as on nearby tissues and organs. Endometriosis may result in painful menstruation, excessive bleeding, and, in its most severe form, infertility. It is the second most common reason for having a hysterectomy.

Most of these other conditions are not necessarily life-threatening. However, many types of cancer are, especially if they are particularly malignant and have begun to metastasize. The most common type of cancer that would necessitate a hysterectomy is endometrial cancer but it may also include uterine sarcoma, ovarian cancer, cervical cancer, and cancer of the fallopian tubes, all of which account for about 10% of hysterectomies performed. If the cancer metastasizes, then other surrounding tissues or organs may also have to be removed

Another serious reason to have a hysterectomy is pelvic inflammatory disease (PID), a bacterial infection of the reproductive system. It can be treated with antibiotics if the diagnosis is made early enough. However, if the infection spreads, it may cause permanent and irreversible damage and scarring to the ovaries and fallopian tubes. A final potential reason for a hysterectomy is the possibility of uterine prolapse, when the uterus is displaced and moves downward into the vaginal canal. Morbid obesity, childbirth, and post-menopausal lowering of estrogen levels contribute to the weakening of the pelvic ligaments that keep the uterus in place.

How Long Does it Take to Recover From a Hysterectomy?

It is a major operation that has profound effects on the patient’s life. However, it is sometimes necessary to perform the surgery for the health and well-being of the patient. If the underlying medical condition is serious enough to warrant a hysterectomy, then there are various approaches to performing the actual surgery. Each approach has a different recovery time.

One traditional approach, known as an abdominal hysterectomy, is an open surgery via the abdomen. It is an invasive procedure by which the surgeon makes an incision in the abdomen that is 7-10 centimeters in length. This procedure has a relatively long recovery time and entails substantial post-operative pain as the body heals. There is also the chance that a secondary infection may develop as well as more visible scarring. Recovery time from this operation includes at least 5-7 days in the hospital and 6-8 weeks of recovery at home

A hysterectomy may also be performed via the vagina, otherwise known as a vaginal hysterectomy. It is less invasive and has a shorter recovery time. Surgeons can also use an instrument called a laporoscope, essentially a fiber optic cable with a camera and light at one end, to perform surgeries that are even less invasive. The laporoscope allows the surgeon to obtain images of the surgical site without having to cut a large incision and perform open surgery.

What Are the Signs That You Need a Hysterectomy?

The symptoms for most of the conditions that necessitate a hysterectomy are remarkably similar. If you are experiencing any of these symptoms, go to your gynecologist and talk to them about your reproductive health and the possibility of a hysterectomy if you are suffering from one of the underlying conditions.

The successful completion of the operation will result not only in treating the underlying condition but also the alleviation of the related symptoms.

What Are the Side Effects of a Hysterectomy?

Once a woman has a hysterectomy, she will no longer menstruate or be able to have children and if she is pre-menopausal, she will effectively go in to premature menopause. Because the entire reproductive system of the women has been compromised or removed in some way, it will have a profound effect on her for the rest of her life. Some women report feelings of inadequacy or sense of inferiority after the hysterectomy, though these are usually temporary feelings associated with the anxiety of major surgery.

Hysterectomies are extraordinarily safe procedures. However, every surgery carries some degree of risk. Generally patients have to undergo physical examinations, including their blood pressure, pulse rates, and general blood work to ensure that they will not go into cardiac arrest or have a stroke during the surgery. In addition, any surgery may result in the development of a post-operative bacterial and/or viral infection. This may occur at the incision on the skin of the patient, as a dangerous strain of antibiotic-resistant MRSA bacteria, or as general and widespread sepsis that may affect the skin or organs.

Depending on a patient’s general health and other factors such as diet, smoking, or the consumption of alcohol, an abnormally large and unsightly growth of scar tissue may occur. These are commonly known as keloids; though they are generally harmless, they can cause a sense of pressure or discomfort both at the incision scar and in the internal organs where tissue has healed. Finally, there is the very real risk that internal hemorrhaging may occur; this results in a catastrophic drop in blood pressure and is a serious complication. Thankfully it is extremely rare. Thrombosis and blood clots may also occur. As with any surgery, there is some trauma that occurs at the internal tissues. This can sometimes result in damage to the urinary tract. This is extraordinarily rare, however. This type of damage would likely happen in the kidneys, ureters, or bladder, which would cause issues with incontinence or urinating.

If during the course of the hysterectomy, the ovaries are also surgically excised, sexual functioning and desire may effectively disappear due to a deficiency of the hormone estrogen. Estrogen is the key hormonal component of a woman’s reproductive health, and as such is one of the more profound side effects that occur after a hysterectomy. However, there is something known as hormone replacement therapy. It may effectively and efficiently treat the underlying condition of decreased hormones. In fact, a significant percentage of women experience a marked increase in sexual activity and desire as they no longer suffer the chronic and painful symptoms that are the byproducts of the underlying conditions. There is also the issue of decreased lubrication during sexual intercourse, also a result of an estrogen deficiency, however there are estrogen hormonal creams as well as general lubricants available in stores that can be used to treat this side effect.

Finally, the use of anesthesia during the surgery may cause a variety of side effects. These usually occur immediately after the surgery and resolve themselves with no outside intervention. These side effects include:

All these conditions generally resolve themselves within 48 hours after the operation. There is also a slight chance that the patient may have a more serious and adverse reaction to the anesthesia. Although this complication is potentially serious it is also incredibly rare; contemporary anesthesia medications are incredibly effective. Furthermore, there is always an anesthesiologist present during the surgery. Their medical specialty is uniquely equipped to handle any complications that may arise during the operation.

GYNLA is the ideal place for women concerned with their reproductive health to come to. Our staff is trained to deal with any situation or concern you might have. We are located in Los Angeles and specialize in a specific type of hysterectomy known as robotic hysterectomies. These are less invasive than traditional surgery and have fewer side effects as well as a shorter recovery time. However, we are also trained to handle all procedures for patients with every kind of medical concern. Call our office at 310-375-8446 today to get a free consultation.